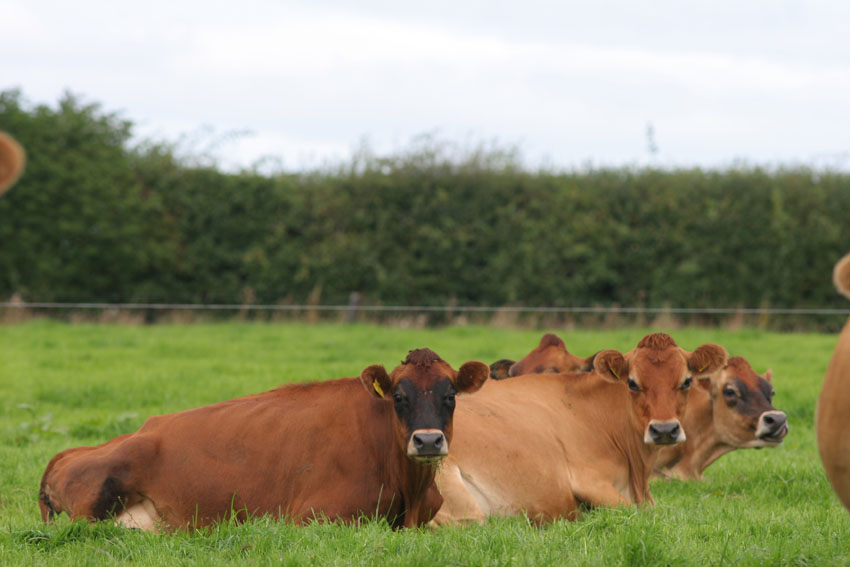 Jersey’s in other Countries

Denmark
Denmark has the largest Jersey cattle population in Europe with 64,000 pure bred and milk recorded Jersey cows. The breed represents about 13% of all Danish dairy cattle. Credited with the highest production of butterfat in the world, the 2008 national average for the purebred recorded Jerseys is 6,564 kg milk with 384 kg fat (5.85%) 264 kg protein (4.02%). Annually, semen from approximately 50 young bulls is used for test inseminations and 30% of all inseminations involve young sire semen. Denmark is a major exporter of Jersey genetics and most national Jersey herds in mainland Europe are founded on Danish Jerseys. Danish Jersey exported 260,000 doses of semen (to 34 different countries) and 1,040 heifers in 2008. Danish Jersey has used sexed semen since December 2004. In 2008 20% of the semen used (proven bulls) was sexed semen.

New Zealand
New Zealand has the largest population of Jerseys in the world with some 800,000 Jerseys of all ages. At June 2005 there are 580,000 milking Jersey cows in the national herd of 3.9 million milking cows (15%). In addition there is another 1.1 million Jersey cross milking cows, some 28% of the national herd. Approximately 130 young Jersey bulls are progeny tested each year.